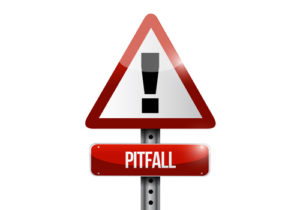 The Seventh Court of Appeals in Amarillo has rejected a jury verdict in favor of Hunt Cimarron, in a hard-fought controversy over a West Texas mineral lease. The intermediate appellate court determined that the lease had come to an end by operation of its own terms. More particularly, Hunt Cimarron argued that the full leasehold had been perpetuated beyond the expiration of its primary term in 2011, by way of the mineral lease’s “reworking” provisions. Under such clauses, operators can sometimes preserve the lease past its initial term, if they commence operations that constitute, in the words of the Seventh Court, “a good faith effort to cause a well or wells to produce oil or gas in paying quantities.”

In the case, Hardin-Simmons University v. Hunt Cimarron LP, No. 07-15-00303-CV, the lease provided that it would remain in force and effect as to all lands included within a defined oil and gas “production unit,” including wells being reworked. Hunt thus took the position that it held the entire mineral leasehold by reworking several wells on the leased acreage.

The appellate court disagreed, ruling that the reworking clause holds the lease only so long as reworking operations are being prosecuted—and that, thereafter, the operator would hold just the limited acreage surrounding each actively producing well. In particular, here is what the Seventh Court observed on this score:

Because [the mineral lessor] met its burden of showing the occurrence of the determinable condition, i.e., the absence of production as to all other acreage; and, [the operator] failed to meet its burden of establishing the application of a savings provision obviating the application of the termination provisions ... as to those acres, the subject lease expired, as a matter of law, at the end of the primary term as to those nonproductive acres.

The opinion is perhaps more notable for a further reason to which operators should pay special attention. Aside from their main claims of lease termination, the mineral lessors further maintained that Hunt Cimarron had failed to execute a release setting forth the acreage and depths that were no longer held by the lease. The Seventh Court of Appeals agreed with the mineral owners on this point. Remember, most mineral leases require that such a release be filed, of record, within a specified period of time following the lessee’s loss of acreage under a lease.

While some operators casually treat this as a housekeeping matter, a lackadaisical attitude on this front can potentially have serious consequences if the release obligation is not approached soberly. Mineral lessors may take the position that an operator’s failure to timely release acreage deprives it of the ability to enter into new, lucrative lease arrangements with other oil and gas companies. To inoculate against this kind of exposure, operators would be wise to give their full attention to lease provisions that require them to put acreage releases in place by a specific deadline.

As always, an ounce of prevention is worth a pound of cure.