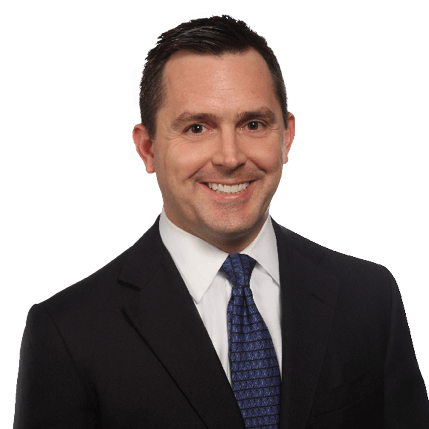 A federal court in Houston recently analyzed diversity of citizenship issues in a case brought by a subrogated insurer incorporated in New York with its principal place of business in Illinois against defendants that are citizens of Texas. In a fire case involving spread issues, a Texas appellate court addressed when expert testimony is necessary to establish a defendant’s negligence.

In the federal case, Zurich American Insurance Company brought various causes of action against defendants hired to move an automatic horizontal bandsaw machine after the machine was torn from the flatbed trailer during the move. Zurich determined that the machine was a constructive total loss and paid its insured the entire loss amount ($173,000) with no deductible applied.

Zurich filed suit against the defendants in federal court based on complete diversity of citizenship between it and the defendants. The defendants moved to dismiss the case for lack of subject matter jurisdiction, citing section 1332(c)(1) of the United States Code title 28[2] and arguing that Zurich should be considered to be a citizen of every state where its insured is a citizen.

In denying the defendants’ motion to dismiss, Judge Nancy Atlas stated that, since Zurich filed suit as subrogee of its insured and this was not a direct action against Zurich, section 1332(c)(1) did not apply. In the words of the court, “a federal court determines jurisdiction based ‘only upon the citizenship of real parties to the controversy.’  … Where [] ‘the subrogee has paid an entire loss suffered by the insured, it is the only real party in interest.’”

Given the language used by the court, the result could have been different if Zurich had filed suit in the name of its insured or if the insured had been a party to the litigation.

In the Texas appellate case, the San Antonio Court of Appeals considered “whether expert testimony was necessary to establish the standard of care applicable to the installation of spray polyurethane foam (‘SPF’) during renovation of a commercial building.” Scottsdale Insurance Company and its insured filed negligence actions against the subcontractor who installed the SPF.  Eight days after the installation, the SPF was ignited by hot slag from a welding operation.

Scottsdale and its insured claimed that the fire spread too quickly and should have been extinguished when it was discovered as a very small fire. They alleged that the installer was negligent in failing to use a fire retardant in the SPF and in failing to apply a thermal barrier to the exposed surface of the foam, which contributed to cause the fire to spread.

The installer filed a no-evidence motion for summary judgment, arguing that neither Scottsdale nor its insured provided expert testimony regarding the standard of care applicable to an insulation installer or any breach of that standard of care. The Texas Supreme Court has stated:

Expert testimony is necessary when the alleged negligence is of such a nature as not to be within the experience of a layman. … In determining whether expert testimony is necessary to establish negligence Texas courts have considered whether the conduct at issue involves the use of specialized equipment and techniques unfamiliar to the ordinary person.

The trial court granted the installer’s motion for summary judgment, and the appellate court affirmed, agreeing with the installer that “the selection and installation of insulation, its potential flammability, applicable industry standards, the content and applicability of building codes, and the existence of responsibility for adding a thermal barrier are all matters beyond jurors’ common understanding.” Expert testimony was necessary to establish the applicable standard of care for the installer and any breach of that standard.

The plaintiffs did have an electrical engineer and fire investigator that they relied on to offer expert testimony regarding the cause of the fire and the fire spread, as well as responsibility for the fire and fire spread. Although the expert referenced provisions from the International Building Code (“IBC”), the appellate court found that there was no evidence that the IBC was applicable to the renovation project or that the standard of care required an SPF installer to follow the IBC.

The appellate court emphasized that the general contractor did not request that the installer apply flame retardant or install a thermal barrier, and the installer testified that he applies fire retardant only when asked to by the general contractor or owner – on most jobs he is not asked to and does not. The fire retardant is sold separately from the SPF, and its application is a separate process involving a separate machine after the SPF is applied.

Pursuing a subrogation claim arising out of a fire requires the retention of a fire investigator and often requires the retention of other experts with more specialized knowledge, such as electrical or mechanical engineers, chemists, or materials engineers or scientists. This is acknowledged in NFPA 921, which also acknowledges that industry experts may be necessary when the investigation involves a specialized industry, piece of equipment, or processing system.  If the conduct that causes a fire or fire spread involves the use of specialized equipment or techniques unfamiliar to an ordinary person, then an expert who can address the applicable standard of care and any violation of that standard should also be retained.

[2] Section 1332(c)(1) provides that “in in any direct action against the insurer of a policy or contract of liability insurance, whether incorporated or unincorporated, to which action the insured is not joined as a party-defendant, such insurer shall be deemed a citizen of– (A) every State and foreign state of which the insured is a citizen [].”