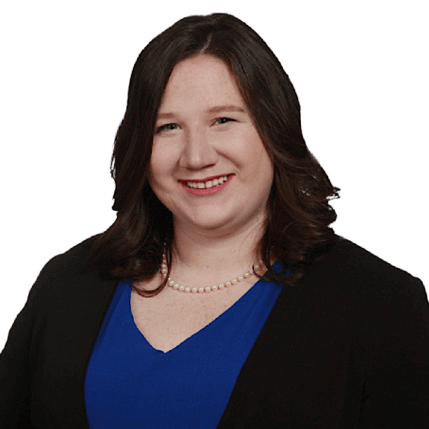 Traditionally, when analyzing if an insurer has a duty to defend, Texas law requires courts to apply the “eight-corners rule,” comparing the factual allegations in the four corners of the pleadings with the language within the four corners of the insurance policy. When this rule is applied, courts focus on the factual allegations that show the origin of the damages rather than on the legal theories alleged and give a liberal interpretation to the allegations in the petition. These two documents are examined and the allegations against the insured are construed in favor of coverage. Courts will not consider extrinsic evidence.

Because parties are limited to the eight-corners rule, evidence of fraud by the insured in securing the insurance coverage has now been held to be inadmissible when determining if a duty to defend exists. While other states have carved out narrow exceptions for fraud, the Texas Supreme Court has not expressly ruled on the matter. However, on February 26, 2020, the Texas Supreme Court heard oral arguments regarding whether an exception to the eight-corners rule should exist to allow evidence that the policyholder committed fraud and colluded to get coverage. Loya Insurance Company v. Osbaldo Hurtado Avalos et al., case number 18-0837, in the Texas Supreme Court.

The Loya case arises out of an automobile collision between Osbaldo and Antonio Hurtado and Karla Guevara and Rodolfo Flores. It was initially claimed that Guevara was the driver of the second vehicle; however, during the course of discovery, it was discovered that Guevara was home when the incident happened. Flores was in fact the driver of the second vehicle and Guevara went to the scene of the accident. Consequently, Flores reached an agreement with the Hurtados whereby they would all claim that it was Guevara, rather than Flores, who was driving the vehicle at the time of the accident. Guevara agreed to and participated in the fraud conjured by Flores and the Hurtados. In furtherance of that conspiracy, Guevara reported to the investigating police officer that she was the driver of the vehicle. [1] Because Flores was an excluded driver under the policy, Loya denied that it had a duty to defend, relying upon Guevara’s deposition testimony to provide the necessary basis for denial.

After the denial by Loya, the Hurtados, as assignees, sued Loya for (1) negligent claims handling, (2) breach of contract, (3) breach of the duty of good faith and fair dealing, and (4) violations of the Texas Deceptive Practices Act. In response, Loya filed a Traditional and No-Evidence Motion for Summary Judgment for lack of coverage under the policy and attached relevant excerpts from Guevara’s deposition as evidence. The Trial Court granted the Motion. On appeal, the San Antonio Court of Appeals reversed the summary judgment, holding that the eight-corners rule prevented consideration of undisputed extrinsic evidence of fraud and collusion represented by the deposition testimony.

Loya argued that courts should be allowed to look outside the eight-corners when determining whether a duty to defend an insured exists, as the eight-corners rule was “never meant to prohibit consideration of extrinsic evidence of fraud when the evidence of fraud is undisputed and the fact that fraud has been committed is discoverable in the underlying lawsuit."  [2] Loya asked the Court to carve out a narrow, “undisputed-evidence-of-fraud exception” to the eight-corners rule governing an insurer’s duty to defend in situations where the insured causes or collaborates in the fraud and collusion. [3] Further, Loya relied on GuideOne Elite Ins. Co. v. Fielder Road Baptist Church, 197 S.W.3d 305 (Tex. 2006) stating that the Texas Supreme Court in Fielder left the door open for the adoption of a fraud exception to the "eight-corners rule." [4]

The Hurtados argued that Loya should have pursued a separate lawsuit against Guevara and the Hurtados to get a declaration that it was not responsible for paying any judgment, instead of “abandoning Guevara in the middle of litigation” and attempting to seek an “equitable exception." [5] The Hurtados further argued that the proposed exception would create a precedent where “insurers would have the incentive to abandon their insureds in every “close call,” and shift the burden to the insured to disprove the insurer’s suspicion about the true merits of the case to prove the existence of coverage." [6] The Hurtados relied on GuideOne, as well as Tri-Coastal Contractors, Inc. v. Hartford Underwriters Ins. Co., in support of the argument that such an exception has been considered and denied in this past." [7]

If the Supreme Court carves out an exception to the eight-corners rule, it will likely be a narrow exception, and will likely only allow consideration of extrinsic evidence that is undisputed and already discovered in the underlying suit. This ruling will mark an important change to Texas law, and may establish new guidelines for determining the evidence that may be considered to resolve whether an insurer has a duty to duty to defend. But the Court will be careful not to open the door to consideration of extrinsic evidence in most cases and will reaffirm the eight-corners rule as the rule in Texas.