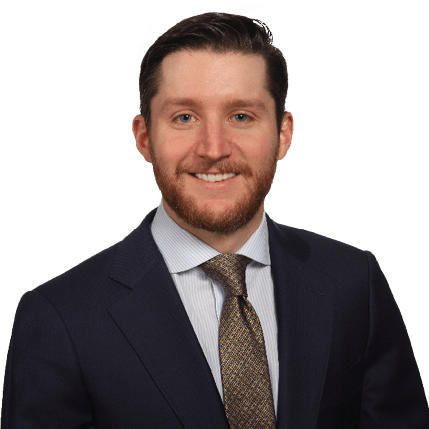 Considerations For Banks In Preparing For The End Of LIBOR

By Michael A. Attaway and Charles E. Aster

On July 27, 2017, Andrew Bailey, the head of the U.K. Financial Conduct Authority (FCA), surprised the banking industry (and other financial markets) when he announced the London Interbank Offered Rate (LIBOR) may cease to be published as early as the end of 2021. In his speech, Mr. Bailey said that, by January 1, 2022, the FCA will no longer compel banks to report the interbank transactions that underpin LIBOR.  The removal of this reporting requirement is likely a death knell to LIBOR as we know it to today.

The significance of Mr. Bailey's announcement to the U.S. banking industry cannot be understated as LIBOR is the principal reference rate for an estimated $10 trillion in U.S. dollar loans held in the portfolios of U.S. banks (LIBOR Loans).  However, despite Mr. Bailey's announcement, many banks have been slow to take any action to address the end of LIBOR in their existing loans or new originations and many continue to make new LIBOR Loans today.

Banks must now begin taking action to address their respective LIBOR Loans in order to avoid the possibility of significant legal battles and losses following the cessation of LIBOR at the end of 2021. Once LIBOR ceases to be published, LIBOR Loans will fall into two general categories: (1) those which contain a sufficient replacement rate provision that either (a) provides for a viable and enforceable replacement reference rate or (b) allows the bank to choose a viable and enforceable replacement reference rate; and (2) those which do not (Problem LIBOR Legacy Loans).  LIBOR Loans that fall into the first category should have a relatively seamless transition to the post-LIBOR world.  With respect to Problem LIBOR Legacy Loans, if the borrower will not voluntarily agree to a replacement reference rate, banks could face significant loan administration issues including possible loss of interest income and increased risk of litigation.

Accordingly, U.S. banks should consider taking the following actions at this time:

U.S. financial regulators recognize the significance of the LIBOR issue and have commenced steps to mitigate the risks associated with the cessation of LIBOR and ensure that the transition to a post-LIBOR world is as painless as possible. To that end, U.S. regulators potentially took a major step in implementing a transition from LIBOR when the New York Federal Reserve began publishing the Secured Overnight Financing Rate (SOFR) in May 2018.  SOFR is the rate previously chosen by the Alternative Reference Rates Committee (ARRC) as the best alternative to U.S. dollar LIBOR, and it is based on the U.S. Treasury securities repurchase market.  The ARRC is a committee established by the Federal Reserve in 2014 to, among other things, determine potential alternative rates for LIBOR and potential plans for implementing a transition of the U.S. financial markets to a chosen replacement rate.  The ARRC has now identified SOFR as that replacement rate and has published a transition plan with "specific steps and timelines designed to encourage adoption of the SOFR" and to establish SOFR term rates by the end of 2021.

The introduction of SOFR as a published rate highlights the importance that U.S. banks begin planning their transition away from LIBOR sooner rather than later.  While the regulators clearly do not expect banks to stop using LIBOR and begin using SOFR overnight, banks would be well-served by taking stock of their current portfolio in advance of 2021.  Doing so will allow banks to discover LIBOR-related issues within their loan documentation for existing LIBOR Loans and potentially address those issues with time to spare – instead of addressing them in 2021 when LIBOR (and thus the reference rate for their loans) may cease to exist in a short period of time.  U.S banks should also begin considering a plan for implementing SOFR or an alternative interest rate in their loan documents going forward.  Otherwise banks risk compounding problems in their existing loan portfolio by adding even more LIBOR Loans that may require attention if and when LIBOR is no longer published.