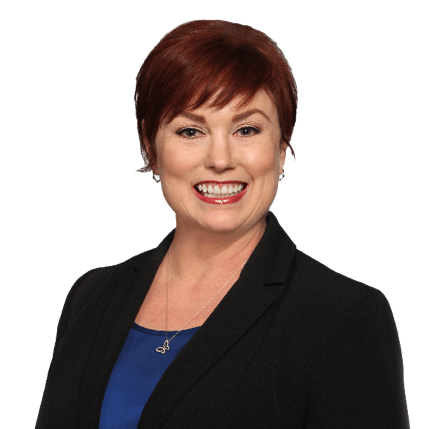 Dram Shop: Can the Intoxicated Driver Be Compelled to Produce His Toxicology Report While the Criminal Proceeding Is Still Pending?

Imagine two best friends, one a former Dallas Cowboys player and the other, a former player on the Cowboys’ practice team. After a night of dinner with teammates and drinking at a club, the former player loses control of his car driving them home, and kills his best friend.

This tragedy was litigated in a recent Texas case. Former Cowboys player Joshua Brent and his best friend, Jerry Brown, Jr. had been drinking at Private Lounge i As Brent was driving, he lost control of the vehicle, resulting in Brown’s death. Brent was first tried and convicted of intoxication manslaughter, and he served 180 days in jail. Brown’s mother then filed a civil suit against Brent, the bar, and the bar’s management company under the Texas Dram Shop Act. The trial court awarded a total of $25 million in damages, with $12 million assessed against the bar and its management company and $13 million against Brent.

In criminal cases, the U.S. Supreme Court has ruled that blood alcohol test results, in particular, are not self-incriminating because they are not testimonial communications and, therefore, cannot be withheld based on a claim of the Fifth Amendment privilege.

What if Brent’s criminal trial had not been resolved by the time Brown’s mother filed and prosecuted her civil suit? Could Brent have been compelled to produce his toxicology report in the civil suit, or could he have asserted his Fifth Amendment privilege against self-incrimination and refused to produce it?

The question arises, then, whether potentially self-incriminating documents such as blood alcohol test results, which are often the result of an involuntary blood draw, are protected from discovery when the civil litigation precedes the resolution of the criminal proceedings and the driver asserts his Fifth Amendment privilege against self-incrimination.

The U.S. Supreme Court has held that Fifth Amendment protection against self-incrimination does not extend to the giving of blood samples and the use of the analysis of the blood drawn in criminal cases.

In applying the Fifth Amendment privilege against self-incrimination, the U.S. Supreme Court has drawn a distinction between a suspect’s communications or testimony, which is protected by the privilege, and real or physical evidence obtained from the suspect, which is not.iii In Schmerber, the Court held that the defendant’s blood alcohol report was not inadmissible on privilege grounds because a blood alcohol report is neither testimonial nor evidence relating to some communicative act. The blood drawn and the use of the analysis of it did not implicate the individual’s Fifth Amendment right against self-incrimination because the individual’s participation, except as a donor, was irrelevant to the information contained in the document.

The Supreme Court affirmed this approach in Doe II when it held that a blood alcohol report is outside the privilege against self-incrimination because it does not rely on the operations of the individual’s mind and, thus, is not a testimonial communication. iv

Texas courts have held that a compulsory blood draw and the use of the analysis of the blood drawn violate neither the defendant’s Fifth Amendment right nor his right against self-incrimination under the Texas Constitution in both criminal and civil cases.v

In the case of concurrent criminal and civil cases, the blood alcohol report would not be incriminating when it has already been produced in the criminal proceeding because the report is not divulging additional information that could submit the individual to further incrimination.

A blood alcohol test is not protected under the “act of production” doctrine because producing the report does not require the individual to exercise his cognitive faculties.

The Fifth Amendment protects individuals against the compelled production of documents, when the act of production itself is “testimonial.”vii An act of production is not privileged to the extent it involves sample-taking from an individual, rather than some act which requires the individual to exercise his cognitive faculties.viii The cases in which the act of production was held to be protected involved broad, general subpoenas, referred to by the Supreme Court as “fishing expeditions,” which required the individuals to engage in the mental exercise of identifying, collecting, and organizing documents that incriminated them or led to incriminating evidence.ix The mere production of a blood alcohol report does not require the individual to exercise his cognitive faculties to identify, collect, or organize numerous documents.

Further, the “testimonial” element of producing documents turns on whether production asserts the existence, control, or authentication of a document. In Fisher, the Court found it “doubtful that implicitly admitting the existence and possession of the papers rises to the level of testimony within the protection of the Fifth Amendment.”x Thus, a claim of privilege based on the fact that the act of producing a blood alcohol report is implicitly admitting the existence and possession of the report will not rise to the level of Fifth Amendment protection.

Mike Logan and Joy Winkler practice in the Litigation Section of Kane Russell Coleman Logan, PC, and a substantial portion of their practice is devoted to the defense of dram shop cases in multiple states.

v See Griffith v. State, 55 S.W.3d 598, 603 (Tex. Crim. App. 2001) (recognizing the holding of Schmerber that a state could force a defendant to submit to a blood-alcohol test without violating the defendant’s Fifth Amendment right against self-incrimination); Olson v. State, 484 S.W.2d 756, 771-72 (Tex. Crim. App. 1969) (noting that compelling a blood test, if taken under conditions which comport with due process, does not violate the privilege against self-incrimination); Johnson v. Davis, 178 S.W.3d 230, 238 (Tex. App.—Houston [14th Dist.] 2005, pet. denied) (holding that the extraction of blood for analysis is neither testimonial nor communicative in nature and does not offend the Texas Constitution); In re D.L.C., 124 S.W.3d 354, 375 (Tex. App.—Fort Worth 2003, no pet.) (holding that the Texas DNA statute, which requires child offenders to submit a blood sample for registration as a sex offender, does not violate the Self-Incrimination clause of the Fifth Amendment); Bell v. State, 881 S.W.2d 794, 801 (Tex. App.—Houston [14th Dist.] 1994, pet. ref’d) (holding that there is no impediment to the involuntary taking of a blood sample under the self-incrimination protections of the U.S. or the Texas Constitutions).

viii Doe II, 487 U.S. at 211 (noting that “[u]nless some attempt is made to secure a communication – written, oral or otherwise – upon which reliance is to be placed as involving [the accused’s] consciousness of the facts and the operations of his mind in expressing it, the demand made upon him is not a testimonial one and consequently outside the privilege”).