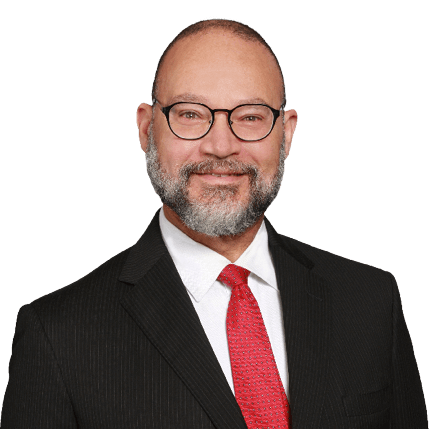 Fifth Circuit Declares Day-Rate Workers, even Those Earning over $200K/Year, Not Exempt—Unless the Employer Also Pays a Weekly Guaranteed Amount

What constitutes a “weekly guarantee” for a “salary” under the FLSA has been an issue that has dogged industries like the oil and gas business for many years; in those industries, day-rate compensation has been a seeming fixture for decades. Rather than finding that the expected yearly salary of well over $100k took Plaintiff Hewitt out of overtime consideration (as the FLSA states), the Fifth Circuit majority, led by Justice Ho, who some may label as a strict construction jurist, held that federal wage law nowhere prevents “high earners” from being paid overtime. At the core, the Fifth Circuit found that a “day rate” is not a “weekly guaranteed salary,” which is required for the “high earner” exemption from overtime.

Hewitt was an experienced “toolpusher” (which means, in this case, that he was a location supervisor for the drilling contractor, or, thus, a largely administrative position). Helix generously paid Hewitt a daily rate of $963 for each day he worked regardless of the number of hours he worked. As a result, Helix paid Hewitt over $200,000 annually for supervising twelve to fourteen oil and gas workers in its offshore operations.

Despite the large compensation that Helix had paid Hewitt, he turned around and sued the Company for unpaid overtime, just seventeen days after he lost his job (a typical scenario). As is the case in most of these overtime lawsuits, Hewitt also sought to represent a putative class of tool pushers working on Helix’s offshore rigs. Hewitt argued that he was not exempt from overtime pay because the day rate paid to him and the other toolpushers failed to meet the “salary basis” test under DOL FLSA regulations (29 C.F.R. § 541.602).

In defense, Helix argued that Hewitt and the other toolpushers were exempt as “highly compensated employees” under 29 C.F.R. § 541.601 because they met the income threshold (over $100,000 per year in compensation) and performed at least one or more exempt duties set forth in the regulation. The district court granted summary judgment on that basis.

On en banc review, the Fifth Circuit reversed the lower court’s ruling, concluding that under the plain meaning of the text of the FLSA and its implementing regulations, Helix’s day-rate scheme did not meet the salary basis test, even for employees that met the income and duties requirements for the highly compensated employee exemption. The Court said that to meet the salary basis test for day rate employees, even highly compensated ones, an employer must also comply with the two conditions set forth in section 541.604(b) (governing the salary basis test for employees paid on a daily basis): (1) the employee is guaranteed at least $684 per week which is not subject to reduction based on the number of hours worked, and (2) there is a “reasonable relationship” between the guaranteed amount and the actual pay earned by the employee in the workweek. Rejecting the argument of Helix, the dissent, and a number of amici, the majority sided with opinions from the Sixth and Eighth Circuit to hold that section 541.604(b) applied to all day-rate employees, including highly compensated ones.

Writing for the en banc majority, Judge Ho rejected Helix’s argument that a highly compensated employee such as Hewitt (who earned well over $200,000 per year) “is not a worker that the FLSA was enacted to protect”; said Judge Ho, “employees are not to be deprived of the benefits of the [FLSA] simply because they are well paid” and that if the DOL had wanted to exempt employees based on high compensation alone, “the regulations would have been written accordingly.”

Given the strong dissent from Judge Jones and Weiner, and the fact that day-rate practices similar to Hewitt’s are fairly common among energy industry employers in the Gulf Coast region, we can anticipate that Helix may file a petition for Supreme Court review. Nevertheless, for the time being, and unless overturned by the High Court, this ruling is the law of Texas, Louisiana and Mississippi (and will likely reverberate across the United States). While many companies using day-rate payments have modified compensation over the years, given all of the overtime lawsuits out there, the Hewitt case definitively answers that, within the Fifth Circuit’s jurisdiction, day-rates cannot be used as a means of sidestepping overtime compensation, when the salary-basis test is required but not met (that is, where there is no guaranteed weekly pay).

Until the Supreme Court addresses the issue, employers should review their compensation and modify their policies, as needed. Certainly, employers using solely day rates should act either to convert their highly compensated day rate workers to a pure salary or provide them a minimum guaranteed weekly pay that bears a reasonable relationship to the actual pay earned by the worker in the workweek—bringing the compensation within Section 541.604(b). As Judge Ho wrote in his opinion, Helix could “easily” have complied with Section 541.604(b) “by offering a minimum weekly guarantee of $4,000 based on Hewitt’s daily rate of $963.” Until the Supreme Court speaks, employers with day rate workers should be performing a similar calculation and providing a minimum weekly guarantee.

KRCL’s Labor and Employment group is ready to assist employers facing these overtime and other compensation issues.

1 Andrea Johnson assisted with this blog.