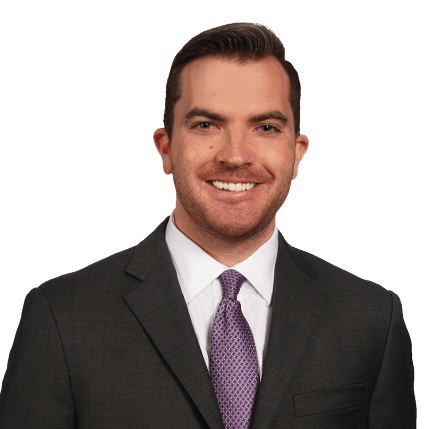 The Southern District of New York Strikes Again: The Thorn in the Department of Labor's Side

In the last two months, the United States District Court for the Southern District of New York has ruled against the U.S. Department of Labor (DOL) twice, most recently on September 8, 2020. In both cases, the court sided with states challenging rules issued by the DOL to provide guidance on the implementation of the Families First Coronavirus Response Act (FFCRA) and the Fair Labor Standards Act (FLSA).

On April 1, 2020, the DOL issued a Final Rule that imposed certain limitations on the availability of paid leave under the Families First Coronavirus Response Act FFCRA. [1] Among other things, the Final Rule: (1) excluded from eligibility employees whose employers "do not have work" for them [2]; (2) provided a more expansive definition of "health care provider" [3]; (3) imposed limitations on intermittent leave eligibility [4]; and (4) required employees to submit specific documentation before taking leave. The State of New York immediately filed suit challenging these four aspects of the Final Rule

In August, the U.S. District Court for the Southern District of New York struck down these four aspects of the Final Rule. In response to the Southern District of New York's decision, the DOL announced on September 11 revisions to its Final Rule, which took effect on September 16. These revisions: (1) Reaffirm the DOL's exclusion of employees whose employers "do not have work" for them, but clarify that this rule applies to all of the qualifying reasons for which leave may be taken under the FFCRA; (2) Narrow the DOL's definition of "health care provider" to focus more on employees involved in the provision of medical care; (3) Reaffirm the DOL's original limitation that an employee may take intermittent leave only with the consent of the employer if the employee is working on-site or if the employee is teleworking and clarify that intermittent leave does not include leave needed because of a child's hybrid school schedule; and (4) Provide clarification on the timing requirements for employee leave notices and documentation, providing that employers may require for expanded FMLA leave "as soon as practicable" and requiring that supporting documentation of the need for FFCRA leave be submitted "as soon as practicable."   By issuing the revised rule, the DOL has eliminated much of the uncertainty created by the Southern District of New York's decision. However, it remains to be seen whether this revised rule will be challenged again. Regardless, employers need to pay attention to the ever-changing guidance regarding the FFCRA to ensure compliance.

In January of this year, the DOL announced a final rule which would narrow the definition of "joint employer" under the FLSA. This new rule, which took effect in March 2020 as 29 CFR 791.1 to .3, was intended to bring clarity to what has been a notoriously unclear meaning of "joint employer" under the FLSA. Prior to the rule, the DOL looked to "economic realities" in deciding whether a joint employment relationship existed. This test focused on the control exerted over an employee and/or the workplace. Over the years, there has been abundant litigation that has led to inconsistent applications of the joint employment analysis.

Inevitably, several pro-employee states took issue with the new rule, and the attorneys general for these states sued the DOL, arguing that the rule conflicts with the protections Congress intended to provide under the FLSA and that the DOL violated the Administrative Procedure Act's rulemaking process. The lawsuit was led by New York and Pennsylvania and joined by California, Colorado, Delaware, Illinois, Maryland, Massachusetts, Michigan, Minnesota, New Mexico, New Jersey, Oregon, Rhode Island, Vermont, Virginia, Washington and Washington, D.C. On September 8, the U.S. District Court for the Southern District of New York issued a ruling in favor of the attorneys general. Granting summary judgment for the states, the court found that the rule was "arbitrary and capricious" and that it conflicted with the FLSA's protections for workers. It is unclear whether the DOL will appeal the judgment, or whether it will revise the rule, as it did with its rule regarding the FFCRA. For now, though, employers will continue to struggle with the uncertainties of the "economic realities" test.

1. For general information on the FFCRA, see https://www.dol.gov/agencies/whd/pandemic/ffcra-employer-paid-leave.
2. FFCRA enumerated several eligibility requirements, but contained no express exclusions.
3. Health care workers, as defined by the FFCRA, are excluded from coverage under the FFCRA.
4. Not addressed in the FFCRA.